Foxes… they’re meant to be hunted!

Foxes were brought to Australia in the 1830s purely for hunting for sports and after a few failed hunts and the release of more foxes in the 1840s to try and control a large hare population they spread like wildfire.

Fast forward to today and estimated fox numbers are around the 7.2 million mark. They are responsible for the extinction of over 10 species of native wildlife and cost sheep farmers alone approximately 100 million annually. 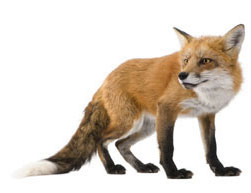 You can understand why we say the only good fox is a dead one.

It is legal to destroy foxes in all states in Australia and we can do so via poisoning or trapping, hunting them with dogs, archery or shooting. Whether it be under spotlight or using callers and decoys during the day it’s all accepted when it comes to the Vulpes vulpes.

My main method for dispatching red coats is shooting them and with the help of the Best Fox Whistle SS and Original Whistle – hunting them is no longer left to chance.

Hunting foxes isn’t just a hobby to me it is a sense of pride and accomplishment knowing that I’m helping a farmer out or just saving a few native animals. It’s a way of bonding with my children teaching them about respect, patience, life and death. It has become a part of my life and although this beautiful country could do with out foxes, I don’t think I could.